My dentist has switched to only doing same day crowns. I’m a little concerned with getting it in the same appointment it will end up being rushed and not fit or look right. Am I being silly or should I find a dentist who does traditional crowns? 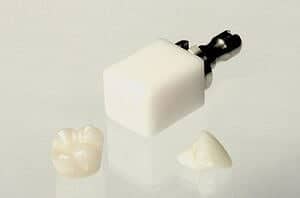 Most people know the obvious benefit is not having to have two appointments and getting your crown the same day. However, there are some unexpected benefits as well which should allay some of your concerns.

With CEREC same-day crowns, you don’t have to worry about gooey, messy impressions. Instead, digital 3-D scans will be made of your tooth.

Using CAD-CAM Technology, a sophisticated software program designs and then mills your crown right there in the office. With the accuracy of computers, your crown will have a great fit. It’s not rushed because computers can do computations and milling much more efficiently than humans.

Because these crowns are milled out of blocks of porcelain and do not have a metal base as some traditional crowns do, they will have the natural translucency the teeth next to it have. This allows the crowns to blend very well with the adjacent teeth.

CEREC crowns can be matched to any tooth color. The one consideration is to know the color will be permanent and cannot be changed once it is made. If you are happy with the color of your teeth then you are good to go. However, if you’ve ever wondered about whitening your teeth the time to do it is before you have your crown made.

Doing the teeth whitening first will save you money. If you wait until later, your teeth will whiten, but the crown will not. Then, after the whitening is completed, you’ll have to have a new crown made to match the more youthful color of your teeth. You don’t have to endure weeks of teeth whitening. Instead, you can get your teeth whitened in just one appointment with a dentist who offers Zoom Whitening.

I’m not understanding my bill. I’ve had regular crowns before and know their price. Those crowns take two appointments, They also require a temporary crown which is more material. Why is it when I got a CEREC crown, which is done in one appointment and doesn’t require a temporary crown that they charged me the same amount. Secondly, the stupid thing doesn’t match my teeth like my other crowns do. So it costs the same and looks fake. Great. Tell me why this is an advancement?

There are a couple of misconceptions here I hope will help you with your questions.

The Cost of CEREC Crowns

While I can see where you would think, because of the reduced appointment and lack of temporary crown, that the CEREC crowns would cost less, there is something you’re not considering. The technology isn’t cheap. They cost dentists at least $100,000. That’s a lot of money. Yes, they’re saving on lab fees, but they’re still having to pay for the CAD-CAM technology.

The Appearance of CEREC Crowns

It’s easy to misunderstand what makes a dental crown look beautiful and natural. While some materials are easier to work with, it’s not the material which creates the natural beauty of the crown.

It’s the skill of the dentist.

You want a dentist who has invested time and training in creating beautiful smiles. Look at their smile gallery. This will give you some idea of what type of results they get.

Unfortunately, there’s not a way for you to get a refund unless the dentist is willing if the crown is functional. You can ask him for one, but it is completely up to him.

Talk to your dentist about how you feel about the crown’s appearance. He may be willing to re-do it.

I’ve been considering getting same day crowns. They sound convenient and I’m going on the assumption they look natural. If that’s wrong, please correct me so I don’t make a mistake I’ll regret. However, are they a lot more expensive than the regular ones?

First, we’ll cover the look of CEREC crowns versus traditional crowns. Whether or not any type of dental crown looks natural and attractive, depends on the cosmetic skill of the dentist. Therefore, when you are looking for a dentist who utilizes CEREC technology make sure you check out their cosmetic skill as well.

You can do that by asking to see samples of work they’ve done on dental crowns. They can be made to look as natural and translucent as your healthy teeth.

The one area where you’ll have to be even more careful is when it comes to a crown on a front tooth. Only the best cosmetic dentists can do that because CERECs are milled from a single block of porcelain.

The dentist will need to know a lot about color theory and how to use a variety of color “stains” to give it the texture variety of your natural teeth. If you look closely at your teeth, you’ll notice they’re not the same color all the way down. Instead certain parts of the tooth are more opaque than others.

The Costs of CEREC Crowns

The machines the dentists purchase can set them back six figures. Often they’re making monthly payments of $2,000 to pay towards that debt. However, that doesn’t necessarily mean the CEREC crowns will cost much more than their traditional porcelain crown counterparts.

The reason for this is when they use the CEREC machine, they’re not having to pay for a lab to manufacture the crowns. Either way it costs the dentist something. Bear in mind, that each dentist sets their own fees so that won’t be universal.

I have four crowns. One of them failed due to age. So I needed to get that re-done. The old crowns were done by a different dentist. The new dentist prefers to do same day crowns. I thought it would be great because I wouldn’t need a temporary and two appointments. I wish I hadn’t though. It looks awful. It’s obviously a fake tooth compared to the rest and one of the ones next to it is a crown as well. It that because it is a same day crown? 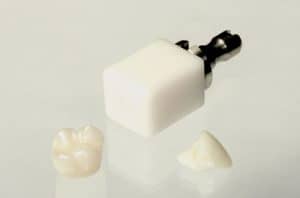 Same day crowns are milled from a block of porcelain

Same day crowns (sometimes called CEREC crowns) are great restorations. If your crown looks fake, unless it is a very front tooth, it is not because it’s a CEREC crown.

The more likely problem is the dentist. Creating the look of a tooth is an art form. It is very likely your first dentist, who originally did your crowns, has a more artistic eye than your new dentist. There are many different skill levels when it comes to creating beautiful work.

You can ask him to re-do the crown to see if you get better results, however, if the problem is his skill, I doubt you’ll get any better results. My suggestion is you ask for a refund and try a different dentist.

Above, I mentioned an exception to the problem being a same day crown. If it was on one of your very front teeth, that could explain it looking fake compared to the rest. CEREC crowns are milled from a single block of porcelain, which would look pretty uniform.

Our teeth aren’t uniform. Instead, they have varied subtleties and parts of it are more translucent than others. If you’ve got a uniform tooth next to a varied one, then it is going to look fake.

Because of this, most dentists prefer to use traditional all-porcelain crowns. They are made from several different blocks of porcelain in order to mimic the differences in your teeth.

The exception to everything I just said is if you go to one of the top 1% of dentists who will use color changes in the porcelain to mimic the variations. But, even they will need several try-ins before getting things exactly so.

This blog is brought to you by Marietta cosmetic dentist Dr. Cristi Cheek. 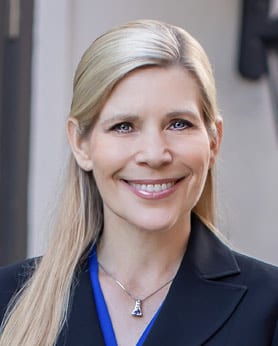 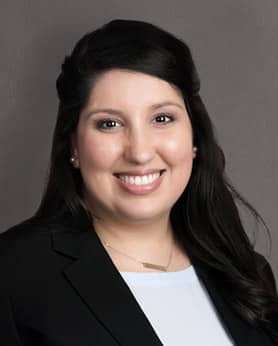 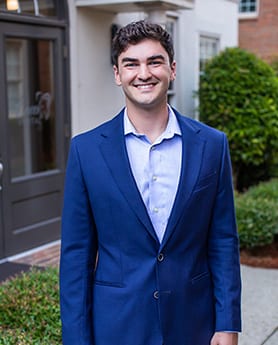 Dr. Brice worked every summer from age 9 until age 20 in his mother’s orthodontic practice. One of the things he loves about dentistry is the ability to help patients who have struggled with dental anxiety.